Security Tape Options II: The State Of The Union 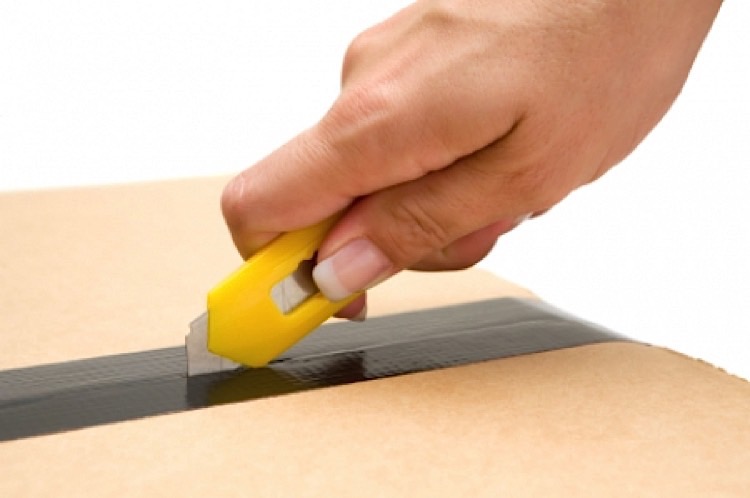 A few years ago I wrote an article “Tamper Evident Security Tape Options” Since that time there have been some new developments in the industry, not all positive, that I will outline here.

Most security tapes are only tamper- evident meaning that they will show evidence that an attempt or opening has occurred. They do not physically prevent or resist tampering, but the presence of a security tape may in fact be enough to deter certain criminals. While security tapes have become more prevalent in recent years, particularly with the birth of some rather convenient, on-line catalog stores, these products have actually been on the market for several decades. As a rule, Asian companies have been dealing with theft and pilferage, for a longer time than those of us here in the US-and we should learn from them; don’t forget that Asia and India have approximately 1.3 billion people living there compared with our 300 million.

A recent National Retail Security Survey revealed that retailers were victimized $34.5 billion in 2011. Theft occurs at various points in the channel. The survey revealed that employee theft accounted for 43.9% while shoplifting accounted for 35.7%. Yes, please read that again. It is internal theft that is most prevalent. And this has been going on for a long time: I remember hearing about Circuit City around the late 1980’s finding out about a huge employee theft issue, which was finally combatted by installing surveillance cameras. I also received a call a week ago from an associate who’s Luggage customer lost $20,000 last month alone, most likely not via shoplifting. We’ll discuss these employee theft ramifications on tape options later in this article.

Security Tape with Leave Behind Residue

The most common tamper evident product is the tape that displays a leave behind message when the tape is peeled away. This tape is made from a clear film, typically polyester or polypropylene, where the film is printed on the underside with a silicone release agent. The film is then adhesive coated or laminated to an adhesive transfer. But it’s not done yet—next it has to be printed on the top with custom printing or an anti-cut pattern then overprinted with a silicone release agent. The product is then placed on press again, where its liner is removed to produce the self-wound liner-less product. Finally the tape is slit and wound down to the finished roll size. This process requires several steps on press, and hence requires a lot of overhead and labor.

In addition, since 2007, certain chemicals, adhesives, and additives, including silicones have skyrocketed in price. And the clear polyester film is another matter. Since 2007 the films have increased in price nearly 50% due to increased energy and petroleum prices, required to make plastic films. To make matters worse, the large plastic extruders, due to being at full capacity, began allocating their products, giving preference to the big screen TV and solar panel manufacturers; demand for the clear films has skyrocketed. All of this has resulted in occasional material stock-outs and price increases of about 50% since 2007.

Is this tape still worth the expense? Of course this depends on the value of the contents being sealed or protected, and its intended application. For example, sealing and securing poly bags is an excellent fit for this particular tape, but does it still make sense for carton sealing?

From a Thief’s Point of View

For a moment let’s pretend that we have a desire to remove contents from a carton, without anyone noticing. We’ll assume the carton is 12x12x12. Take a look at the chart below: below on the left hand side you will see a list of different security tape options; on the right hand side are some ways to defeat each option. Note that some methods may seem ridiculous to you; others may seem to be creative—but for now let’s try to get in the mind of the person doing the tampering.

It is easy to see, and common sense should prevail, that custom printed rather than blank options are much harder to defeat. I get concerned when I see catalog houses offering single rolls of security tape, without having any personal contact with the web buyers. In this instance what would prevent an employee to source and purchase a roll or a few rolls of generic tape, via a catalog house, which can then be used to re-seal cartons? Custom printed tape, in larger volumes, is obviously more difficult to procure, and in turn offers a more secure solution. Even Tesa Tape is aware of this, and now will only drop ship their security tape to end users.

Where the security tape gets stored is another concern, and every roll should be monitored. Does everyone have access to it, or is it stored in a locked location? Who keeps inventory of the rolls? Is there a sign out process when checking out a roll? Is there a surveillance camera or cameras monitoring the area? For some companies, this may seem like overkill. But for those who have employee theft issues, the design and selection of, and an investment in a proper security tape will help protect the bottom line.

For help with buying the right tamper evident security tape for your business, contact RighterTrack today!&nbsp;